Bucharest AiR is a Romanian residency program, I participated in from May to August 2017, which, was generously supported by the Mondrian Fund. It was a fantastic opportunity for me to live for a time in a different country and create work in a totally new environment.

I began my time wondering around the city, exploring the old communist era sights and meeting local artists. I was immediately struck by the decay that was to be found all around the city, enormous factories which had once full of industry now derelict and empty and huge unfinished irrigation projects laying like scars in the landscape. I experimented with different ways to capture this beautiful decrepitude. I used graph paper to create subjective maps of the city, photographed worn out road markings to create short animations and finally made chalk stencils using combinations of words that spoke about my experience of Bucharest as a city. The chalk stencils were drawn on different surfaces around the Bucharest, from factory walls to tiled floors and side walks, forming a kind of ephemeral grafti. Once completed I photographed these chalk letters close up in order to create very high quality composite images. These photo- graphs capture in detail the surfaces and textures on which each stencil was drawn. Once put together I was able to print the composite images I had made on a large scale. The prints were then mounted on to wooden boards, which in turn were cut out to match the edges of the photographs and then screwed onto wooden poles to create billboards.

The billboards were erected in different locations around Bucharest that I had found significant on my travels around the city. I was now ready for the next part of the project; BUCHAREST A JOURNEYER’S GUIDE, this would be a guided tour through the city using its public transport to lead a group of people to all the places I had discovered during my time in Bucharest. 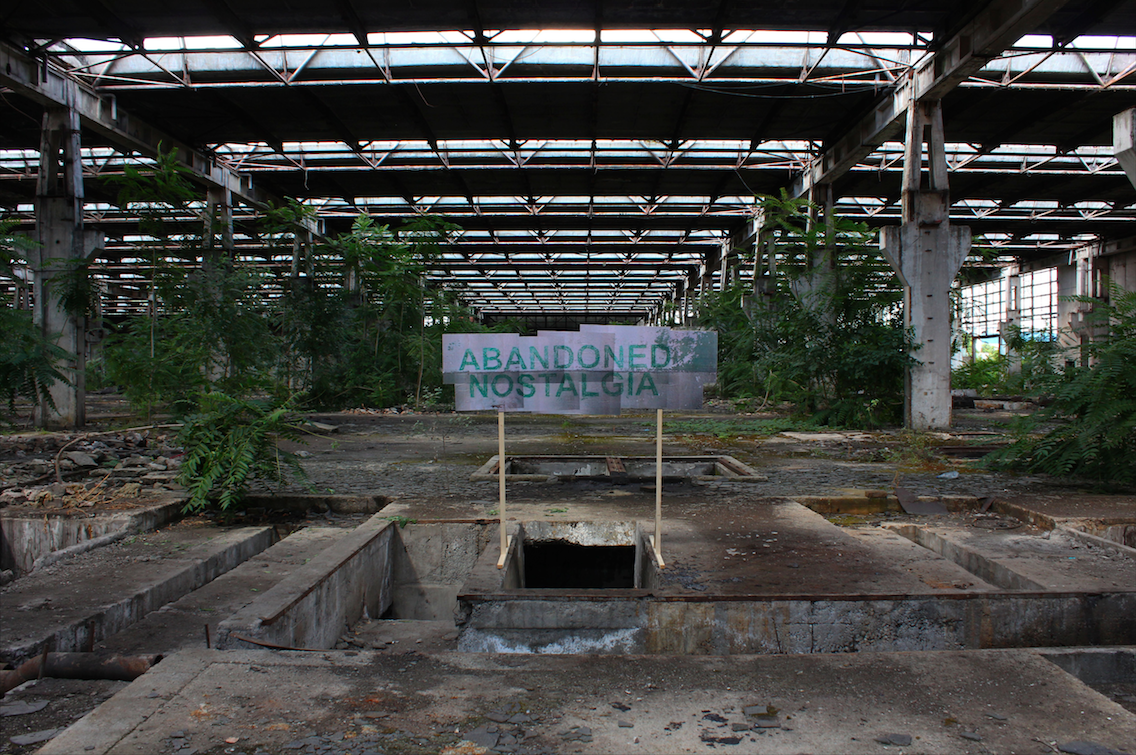 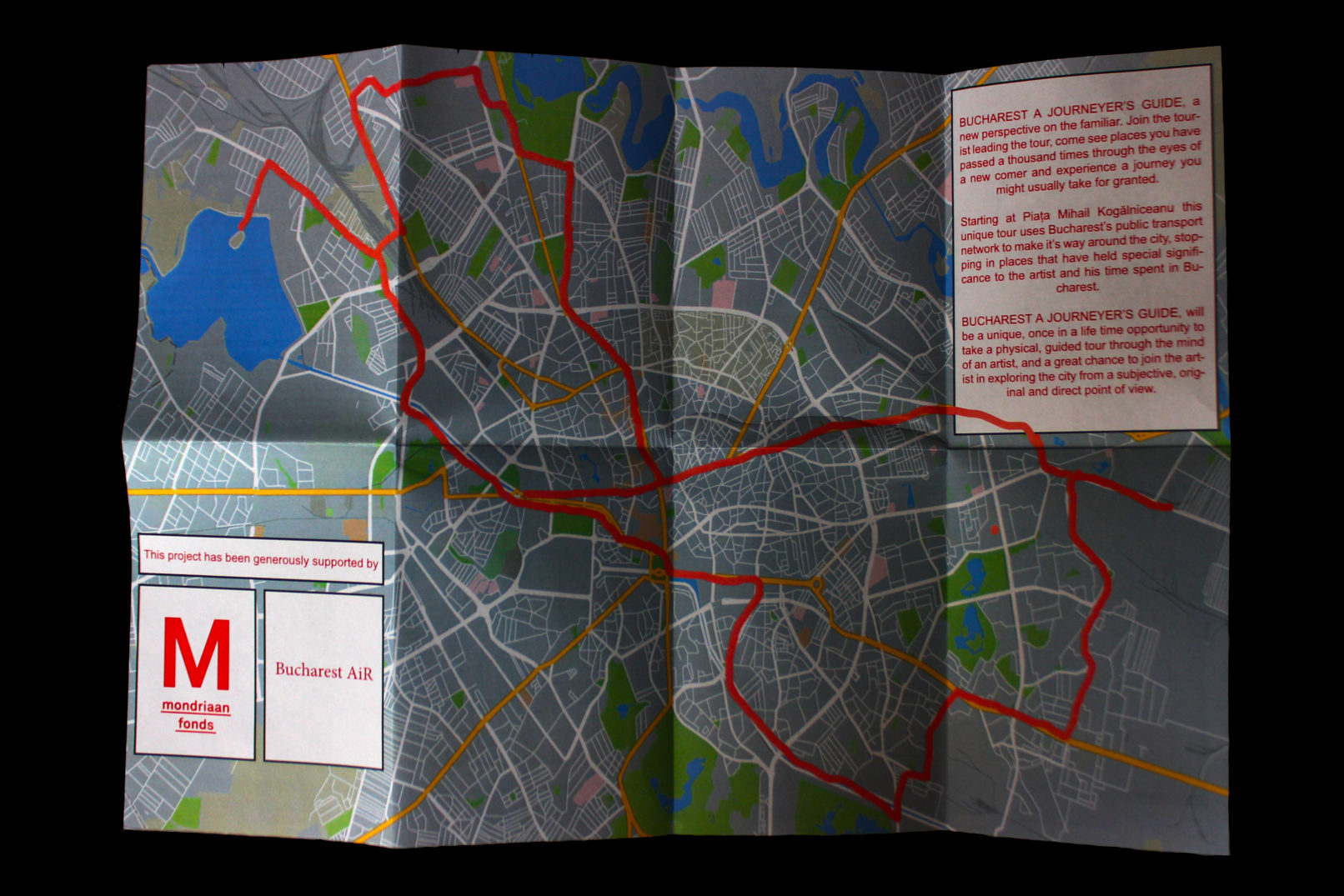 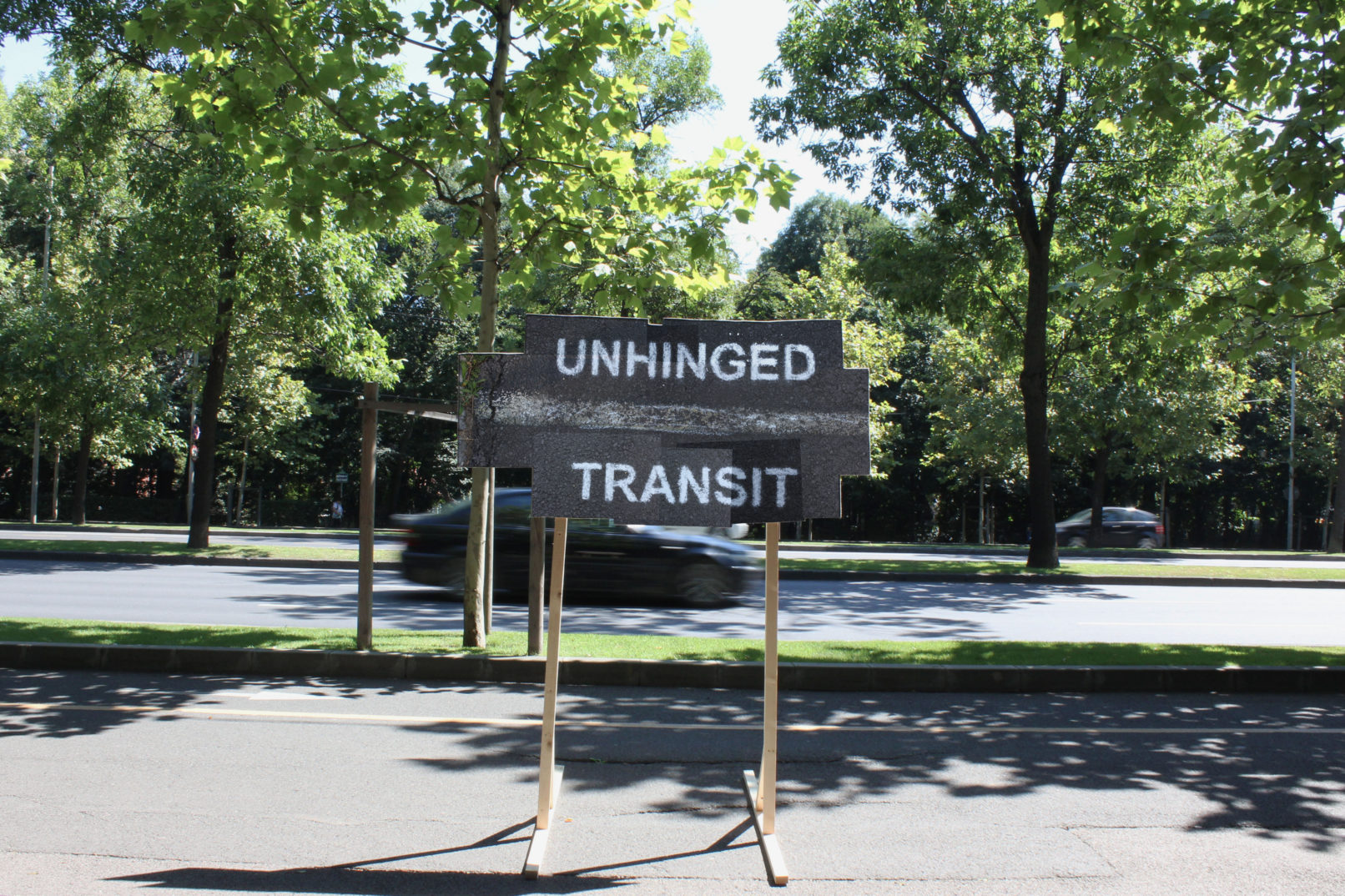 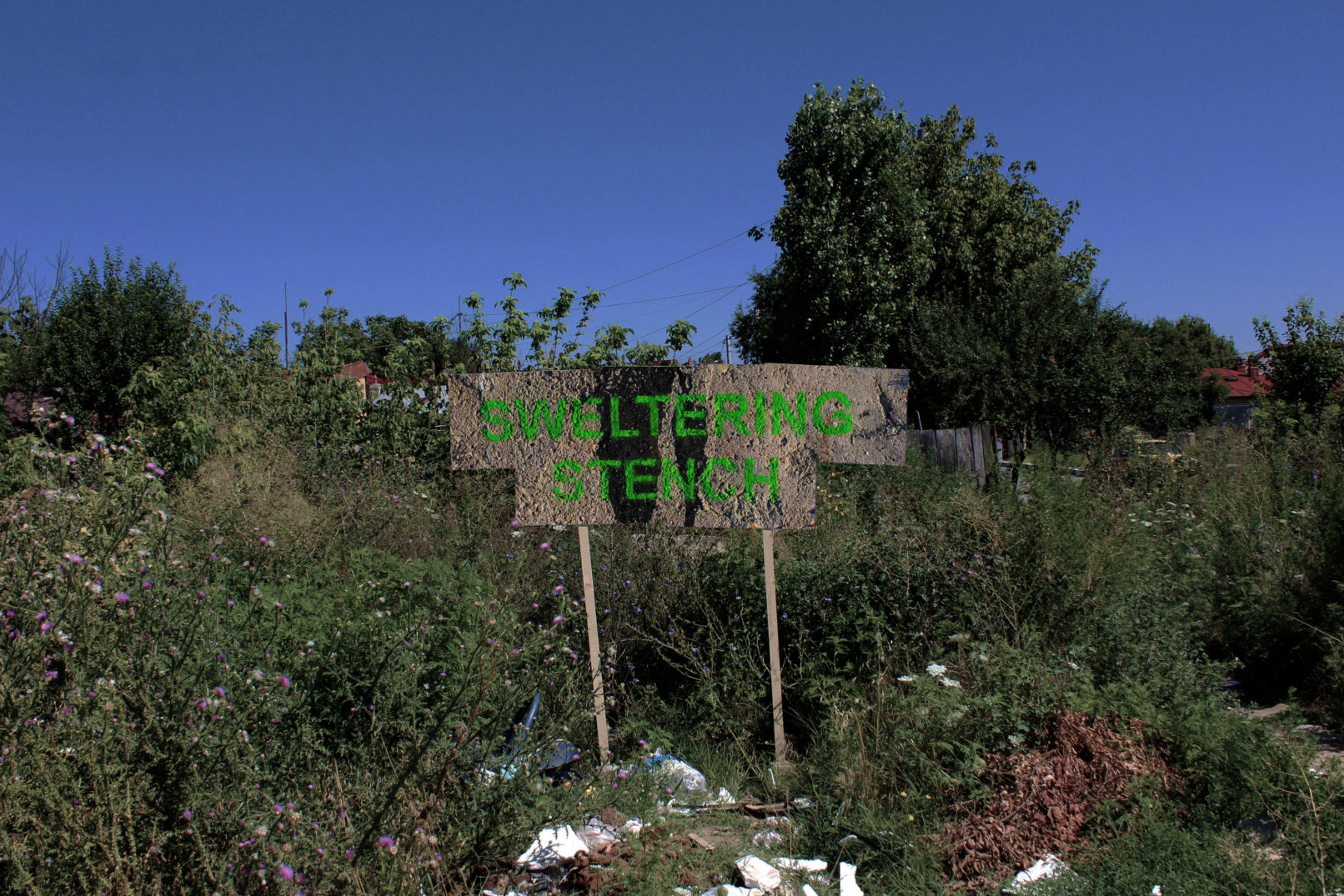 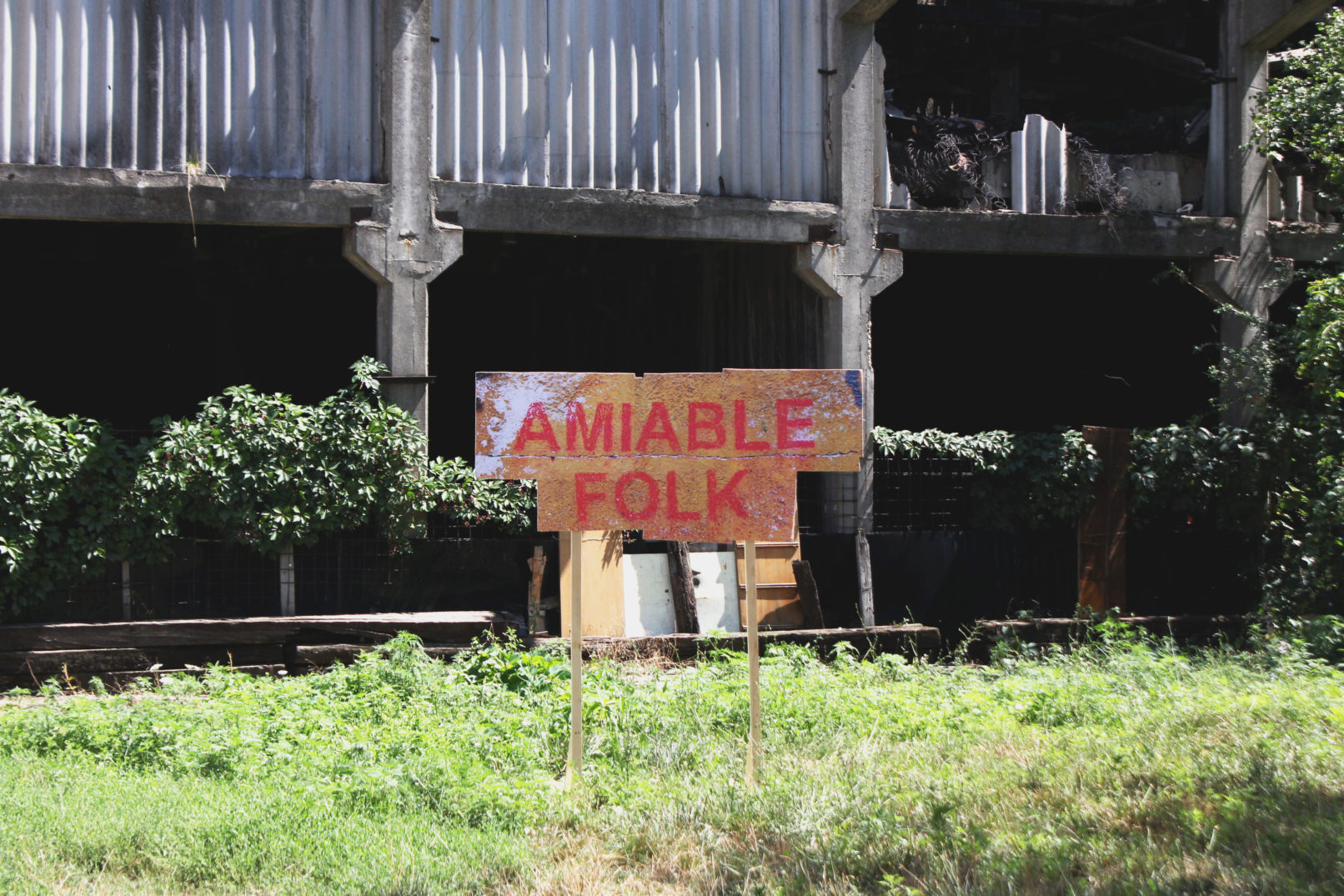 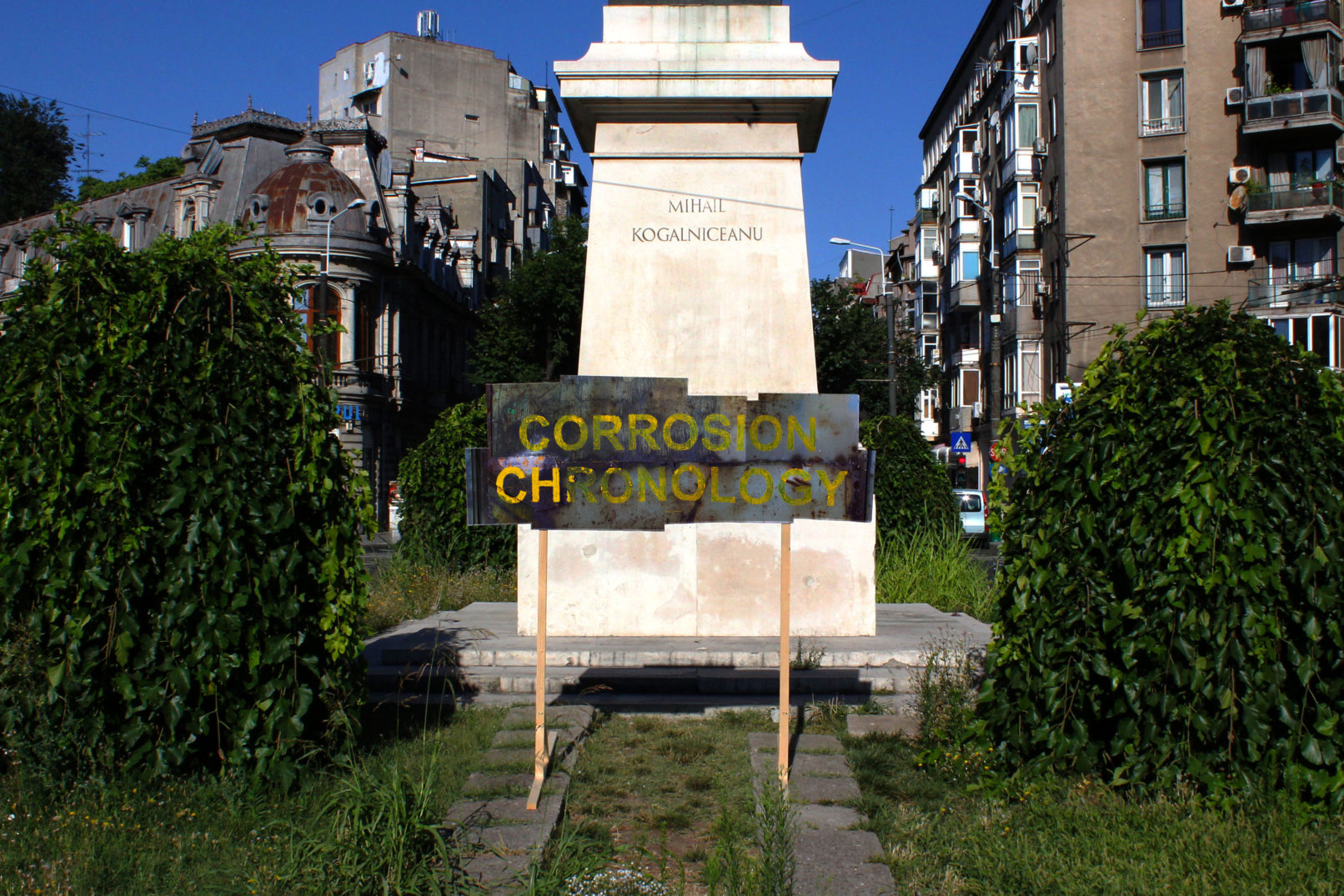 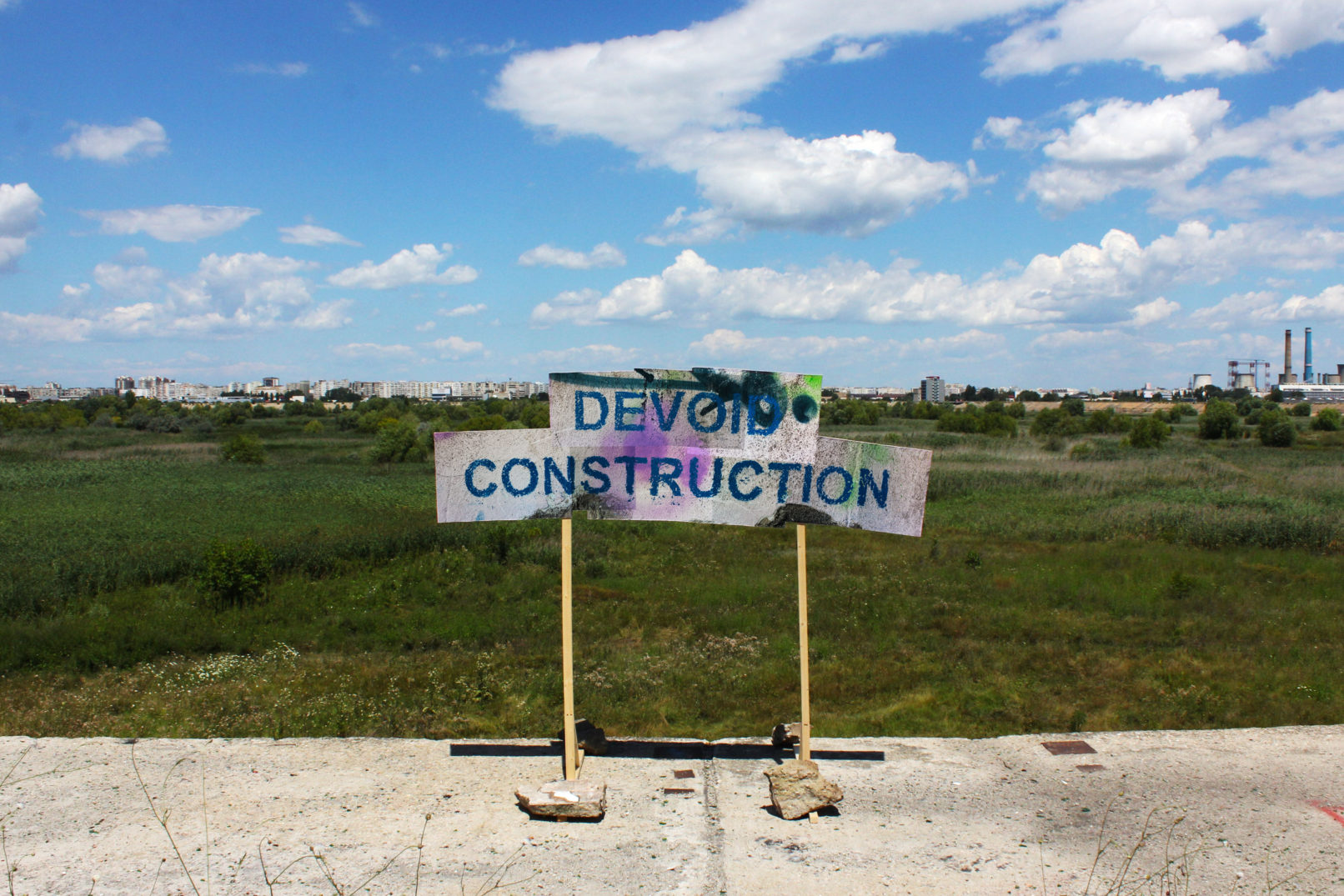